Thank you for visiting the Fairhaven Baptist Church website. We endeavor to be a church that cares for the training up of children, the problems of teens, and the complex lives of adults. If you do not have a church home, please prayerfully consider Fairhaven.

Please take some time to read and browse through the information about our church. Our goal is to lift up Christ and His wonderful salvation. Fairhaven is a place where you can experience God’s love in a personal way. If you will make time to visit one of our services, we will do our best to provide a wonderful and refreshing church experience for you and your family.

May the Lord bless you. If I can be of any service to you, contact me. I would love to be a help to you in any way. 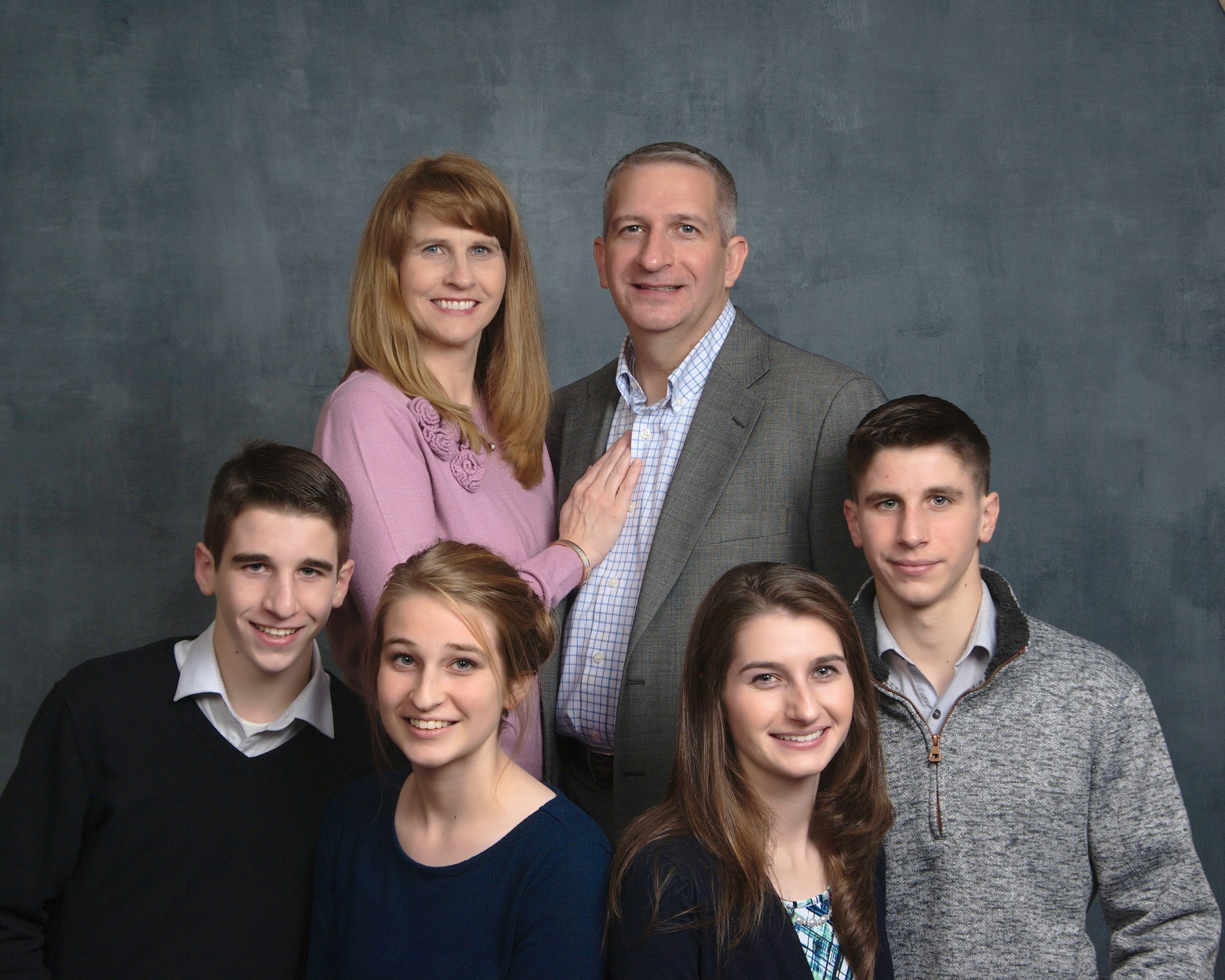 Pastor and Mrs. Damron with their children (from left to right): Clint, Sabrina, Jennifer, and Jake 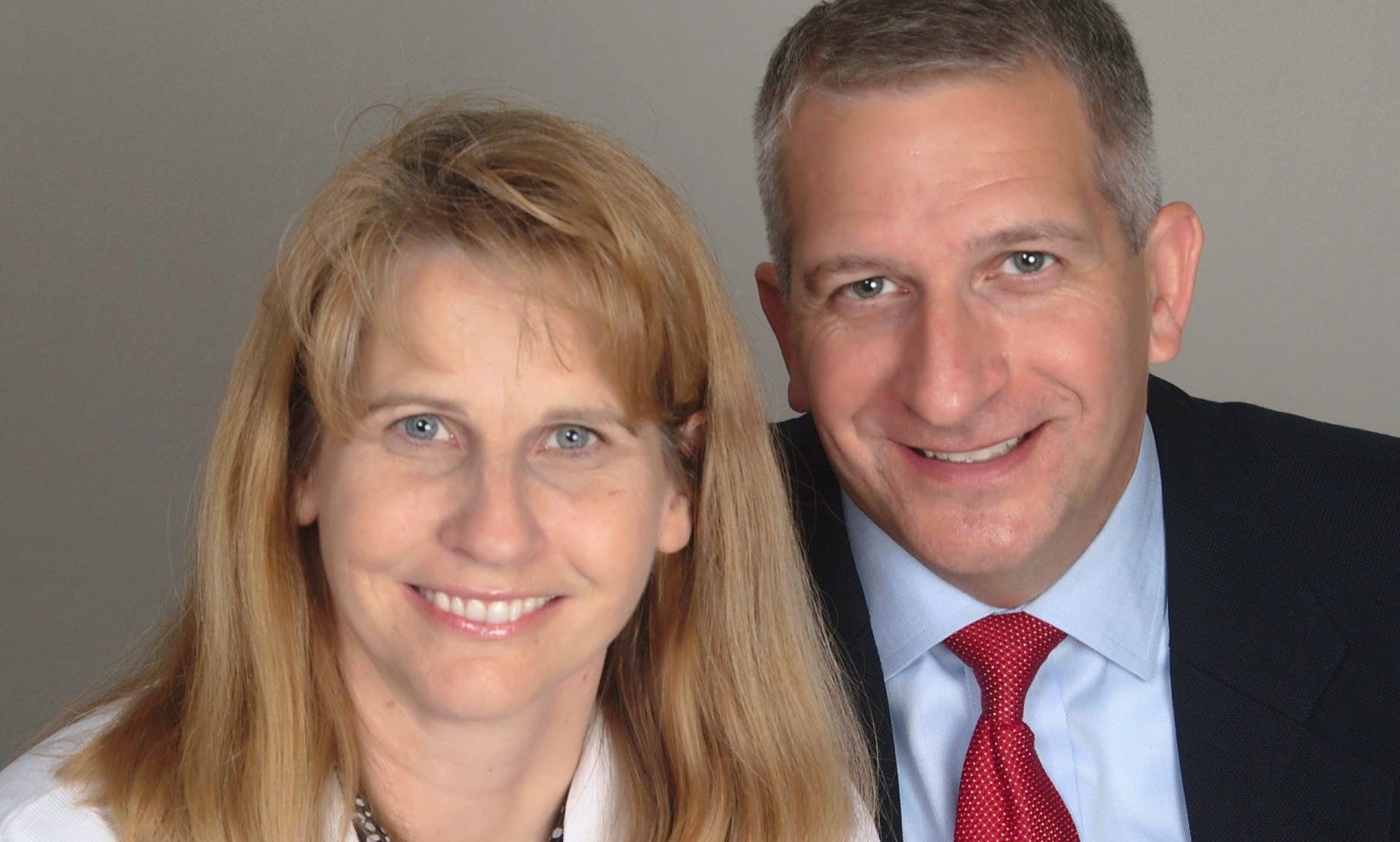 Steve Damron was born on April 17, 1971 in Cleveland, Ohio. Steve had the privilege of being reared in a Christian home.  His parents, Bill and Belinda Damron were members of Cleveland Baptist Church whose pastor at that time was Roy Thompson.  Steve came to know the Lord as his personal Savior at the age of 8.  The church had a film night in which they showed a movie on hell.  Steve had been under conviction for quite some time, but after the movie, he couldn’t put off salvation any longer.  He talked with his parents that night and got his eternal destiny settled.  All his life, thanks to the sacrifice of his parents, he had the opportunity to receive a Christian education at Heritage Christian School, a ministry of Cleveland Baptist Church.  While there, he had many godly influences in his life who were always prodding him to do what’s right.

However, even with so many positive influences, Steve started to struggle in his early teen years.  The world was pulling hard at him.  In his 10th grade year, he decided to stop giving in to the devil, and he fully surrendered to the Lord.  It was at that time that God called him to preach.  He became very serious about his grades, his service to the Lord, and where he would attend college.  By his senior year, he had narrowed down his college choices to just a few.  At that time, Pastor Thompson met with him and told him he felt there was only one college choice for him—Fairhaven Baptist College.  So, sight-unseen, Steve followed his pastor’s advise and enrolled in Fairhaven in the fall of 1989.

Steve immediately jumped into everything he could.  He was on the soccer team, on the basketball team, helped on a bus route, worked in the teen youth group, and helped in a junior church.  It was not long before he was hired by Fairhaven to work as an office assistant and youth helper.  Upon graduation, he became the junior high youth pastor and a few years later, the senior high youth pastor.  Pastor Damron has a heart for teens. He was the youth pastor for Fairhaven Baptist Church for 20 years!  In that time, he started Empowered Youth, a week-long meeting geared directly towards teens.  Many teens have surrendered to God’s will during these meetings and are now out serving the Lord.

In 1994, he married Becky Voegtlin.  Her father started Fairhaven Baptist Church in 1970.  Growing up at Fairhaven and in a pastor’s home had many benefits.  She was able to attend Christian school, learn to play the piano, and French Horn, help in the church office, church kitchen, and work with the teens as well.  Steve and Becky met in college while working in the teen department.  Becky enjoys teaching in the Christian school, leading the teen girls’ choir, leading the elementary choir, teaching the Ladies’ Bible Study, and counseling teen girls and ladies’ in the church.

Steve and Becky have four children.  Jennifer, Sabrina, Jake, and Clint.  It is their heart’s desire that they serve the Lord!

In 2011, Pastor and Mrs. Damron’s life took a turn in direction that they did not expect.  The pastor and deacons approached Pastor Damron and asked him to reconsider becoming the pastor of Fairhaven Baptist Church.  He had been approached about 10 years before this time, but felt God had called him to work only with teens.  However, as Steve prayed this time, God was very clear in His calling.  The church voted that he become their future pastor, and in 2013, he officially became the pastor of Fairhaven Baptist Church.

Through the years, Steve Damron has been influenced by many good men–from growing up at Cleveland Baptist Church under the leadership of Roy Thompson, to his youth pastor, Dan Wolvin, and then his father-in-law, Roger Voegtlin, who was not only his pastor for 20 years, but also his boss.  However, it has been God and His Word which have influenced him the most.  It is Pastor Damron’s desire that Fairhaven Baptist Church honor God in everything it does—by obeying the Great Commission through door to door spreading of the gospel, through the bus ministry, through the nursing home outreach, or through the jail ministry, etc., helping families to better serve God, honoring Him in our worship, and uplifting the name of Jesus Christ.

Visit Pastor Damron’s website to read helpful articles covering topics such as the family, attitudes, giving, and the tongue.